World Congress of Gastroenterology (WCOG) – Visit us at booth #636 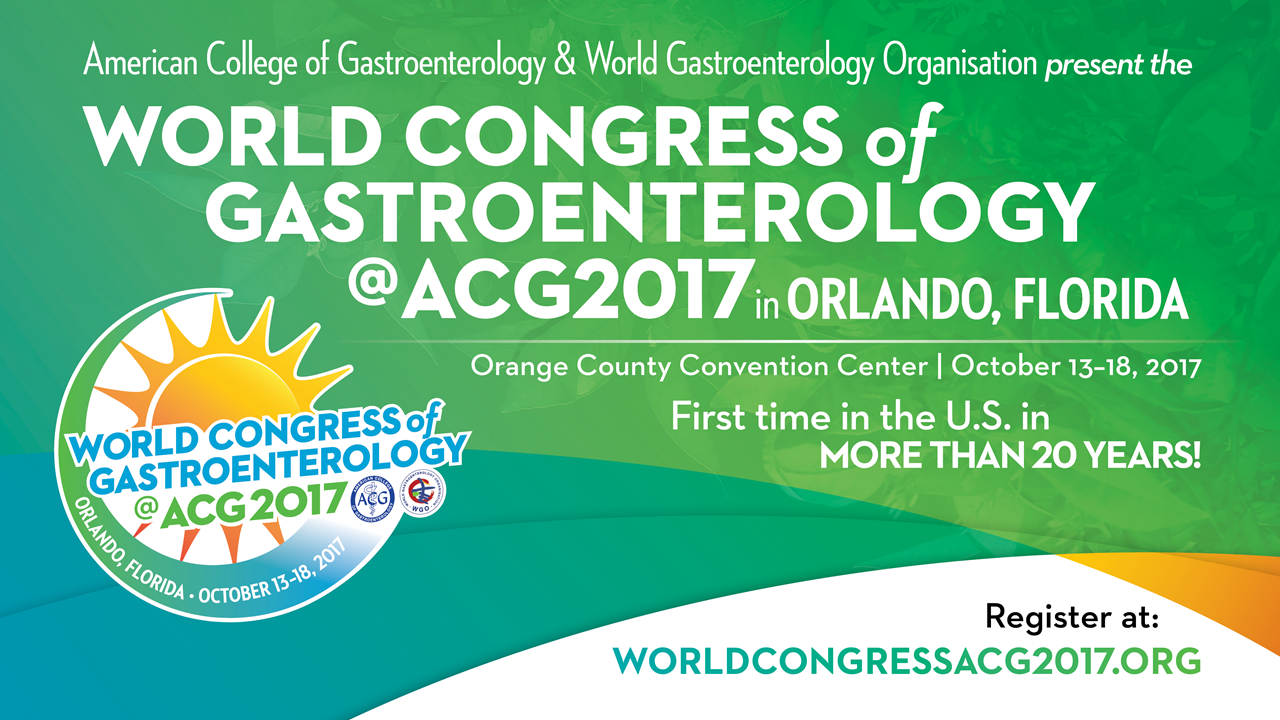 REGISTER NOW FOR THE CONGRESS!

Download the Official WCOG at ACG 2017 Flyer in English and Spanish!

Explore Orlando! View the WCOG 2017 Brochure for more about the meeting and what to do and see in Orlando!

The WCOG has historically been held every four years, starting with the first World Congress in Washington, DC, USA in 1958. Traditionally, the World Congress has rotated between three regions: the Americas, Europe, and Asia Pacific. For Congresses organized after 2017, this regional rotation will be extended to officially include the Africa/Middle East region. View the congress history.